Recordkeeping Consolidation: The Start of a New Cycle? 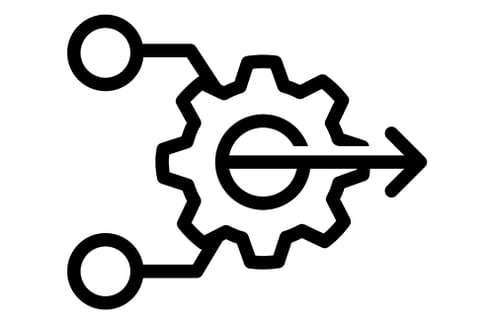 Driving the consolidation trend are a few factors: economies of scale for maintaining recordkeeping systems, thinning profit margins as costs are increasing, and revenue is declining and shifts in business strategy that may make retirement plan recordkeeping less attractive to certain companies.

Core retirement plan recordkeeping services are a low margin, commoditized service. Many service providers initially began offering these services primarily as a way to distribute proprietary investment products, mutual funds, and fixed annuities, to an institutional client base. Recordkeeping was lucrative because it was a path to distribute actively-managed, proprietary investment products.

While this was the starting point for many recordkeepers, they all have had to adjust to three trends that have squeezed revenue.

First, plan fiduciaries moved away from proprietary platforms and demanded the use of open-architecture investment menus. Recordkeepers were partially able to offset this trend by negotiating revenue sharing agreements to capture some portion of the revenue paid to outside investment managers.

Second, plan fiduciaries have increased their usage of low cost, index investment strategies. Index funds are now found in almost every qualified plan, and they are capturing an increasing percentage of asset flows into plans. Index fund adoption is taking revenue out of the system that historically subsidized recordkeeping services.

Third, plan fiduciaries have been forceful in moving recordkeeping pricing models to transparent, per participant pricing. Historically, either through the use of proprietary funds or with a transparent asset-based revenue requirement, recordkeeping vendors priced their services based on the assets in the plan. This was lucrative as the market generally grows over the long-term and employer demographics had most plans experiencing net positive cash flows. The move to per participant pricing models has broken the link between asset growth and revenue growth for recordkeepers.

While recordkeepers have faced revenue compression, they have also had to deal with increasing costs for staying in business. I would put those cost increases into two buckets: technology investments and service requests. Technology costs are a significant, and growing expense for recordkeeping vendors. First, all recordkeepers need to spend money to maintain their core recordkeeping system. These systems generally are built internally or licensed from a third-party software provider. In either scenario, they need maintenance to stay current with tax rules and plan sponsor requirements. Second, cybersecurity is an increasing threat to recordkeepers that requires a significant investment in hardware, software, and personnel to monitor and combat the latest threats. Last, plan sponsors and participants expect that their recordkeeper provides a modern technology experience with up-to-date user interfaces on the web and mobile technology. Expectations are changing quickly, and recordkeeping vendors need to move faster than ever to stay current with expectations.

In addition to significant investments in technology, recordkeepers are also dealing with increased service expectations from their clients. Over the past decade, plan sponsors have been required to provide more and more disclosure to their participants about the fees that are paid in the plan, the default investment options that the plan uses, and changes that are made to the investment menu. Each time the Department of Labor (DOL) has added another disclosure requirement, plan sponsors have looked to their recordkeeper to fulfill the requirements for them. This makes sense but requires investments from recordkeepers to build out the fulfillment capabilities.

As you look at the increasing costs discussed above, it leads to the economies of scale that has been a force in the consolidation trend. Investments in recordkeeping platforms, cybersecurity capabilities, and user interfaces are more economical if spread out over a few million participants rather than a few hundred thousand participants. Small and mid-sized recordkeepers are forced to maintain feature parity with the largest providers without the same sized client and participant base to spread out their investments.

Thinning, and in some cases non-existent, margins have forced recordkeepers to get more creative in monetizing their recordkeeping business. My colleague, Erik Daley, has written extensively on this subject. We continue to see recordkeeping vendors push proprietary investment products, managed account services, annuities, IRA rollovers, and other financial products. In the current world, recordkeeping services as a distribution vehicle for these other higher margin services.

This leads to the final trend I discussed previously, a decision as to whether this business is a strategic fit for a financial services company. Each vendor needs to decide whether a continuing investment in retirement plan recordkeeping supports its overall business strategy. My guess, and it is just a guess, is that fewer than 10, and maybe fewer than five, providers have sufficient scale in recordkeeping to make a profit on a standalone basis. For anyone outside that group, they can either try to grow into that segment of the market (through acquisition or organic growth), or they need to evaluate whether recordkeeping supports their strategy. If they are unable to successfully sell the ancillary services discussed above, investments in retirement plan recordkeeping may not make sense.

So, knowing the market dynamics, what should a plan sponsor do? In my next blog post, I will discuss a few considerations for plan sponsors.